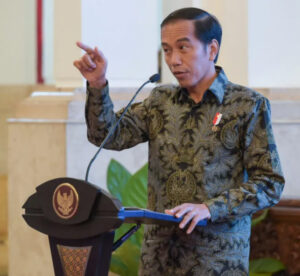 As Beritasatu.com and Beritabali.com report, the President’s instructions come after receiving many complaints regarding immigration service. The President spoke while leading a meeting convened with top officials to discuss VoA and Kitas at the National Palace in Jakarta on Friday, 9 September 2022.

The President said that he had received so many complaints regarding immigration that he hoped a total transformation would now occur to ease and improve services from the government agency.

President Joko Widodo commented: “What I have seen and conveyed to me has come from investors, tourists, people wanting to obtain a Kitas, or a resident permit. I feel that immigration continues to arrange and control the process. Until when? When will this end? This is difficult.”

For these reasons, President Widodo calls for a complete revamp of how immigration handles VoA and Kitas. He said the regulations must be simplified and serve tourists and investors coming to Indonesia.

“This has to change. The atmosphere of immigration should be one of service and facilitation. There needs to be a total change. If we want to attract investment and tourists, there needs to be a change,” said the President.

“This needs to be changed; it must be. What should be its aura is to facilitate and serve. It must change completely. If we want investment and tourists to come, it must be changed,” said Jokowi. (Main Article: Immigration Indonesia)

Joko Widodo also said the importance of granting VoA or a Kitas to potential investors must also be seen from the perspective of the investment’s size, job creation, contribution to the economy, and opportunity to enhance exports.

The President cited examples from several countries that have facilitated visas and stay permits for foreigners with economic potential or special skills.

Joko Widodo said he wished to see immigration provide better service and abandon past practices. Easier visas and Kitas for investors and experts are sure to benefit the people of Indonesia. 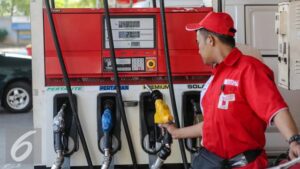 The fuel-price increase was announced by President Joko Widodo in a press conference on Saturday at the Presidential Palace.

As quoted by Kompas.com, President Joko Widodo said: “The Government has taken a decision in a difficult situation. This was the Government’s last choice to re-channel fuel subsidies that will result in the adjustment of fuel prices.”

While the new prices of Pertalite and Solar will be uniform for all areas of Indonesia, the price for Pertamax will vary across the country’s many regions.

In Bali, Fuel Prices in Bali effective 03 September are as follows: 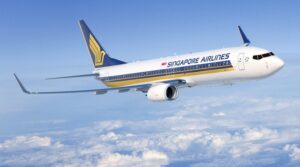 Although the number of flights operating between Jakarta and Singapore continues to expand, demand still exceeds supply, resulting in air ticket prices that are very expensive, sometimes four times the price levels that existed before the COVID-19 pandemic.

Quoted by Beritasatu.com, Suryopratomo, the Indonesian Ambassador to Singapore, speaking during an interview with Investor Daily, said: “In the past, the round-trip ticket price Singapore-Jakarta on a low-cost airline was only SIN $200 (around Rp. 2.1 million), now that price has increased to SIN $600-$800. In the past, this was very cheap, and now it is much more expensive.”

After the pandemic had abated, said the Ambassador, the number of passengers flying Jakarta-Singapore increased extraordinarily. “I think 100,000 can fly between Singapore and Jakarta in a single month,” said Suryapratomo. (Main Article: Immigration Indonesia)

Meanwhile, Garuda Indonesia, flying during the post-pandemic period only once daily, has increased its flight schedule to 11 times each week, leaving four days on which there are two flights each day.

Turning his focus to Bali, the Ambassador said Garuda had recommenced flights from Singapore to Denpasar 3 or 4 times per week, while Singapore Airlines flies twice daily.

Foreign Arrivals to Bali on a Steady Rise 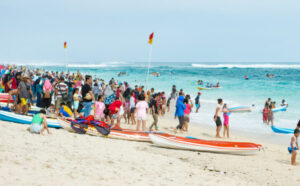 The total number of foreign visitors to Indonesia in July 2022 reached 476,970. According to the Indonesian Minister of Tourism and the Creative Economy, Sandiaga Salahuddin Uno, this is the highest number recorded since the onset of the COVID-19 pandemic.

On a cumulative basis, from January until July 2022, foreign visitors totaled 1.2 million people, 15 times more than the same period in 2021.

Foreign visitors to Bali in July 2022 totaled 246,504. Adding: “This represents the highest number of arrivals since the pandemic with daily arrivals in the thousands. These visitors are entering Indonesia via Bali’s Ngurah Rai International Airport.

Addressing Visa-on-Arrival (VoA), Sandiaga said 75 countries are now eligible to receive VoA with the recent addition of the Maldives, Monaco, and Columbia. 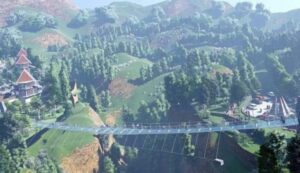 Beritabali.com reports that the Balinese Regency of Gianyar is preparing to open Bali’s first glass bridge in the Village of Saba, Blahbatuh District, in September.

Frequently unsettling to the uninitiated, guests can walk the elevated 199-meter distance between Banjar Blansinga to Banjar Tegenungan in the Sukawati District. The resulting feeling for the brave heart is not unlike walking on thin air.

A leading villager of Blangsinga, I Nyoman Artawa Putra, also on the expert staff of the Regent of Gianyar, confirmed the bridge is scheduled to open in September 2022. The bridge was constructed under the supervision of a Chinese company that has built similar glass bridges worldwide.

Village officials and the Gianyar Regency have prepared supporting facilities for the new glass bridge, including parking lots and widening access roads to the ridge planned for 2023.

Putra said that in 2023 the surrounding roads would be taken over by the Regency and widened by an additional one meter to permit bus travel.

The bridge’s construction is now complete but is not yet open to the public. Still to be finished is a gateway and ticket booth for the bridge that will span the Petanu River. Those using the bridge will enjoy views of the river below and the adjacent Tegenungan Waterfall. (Main Article: Immigration Indonesia) 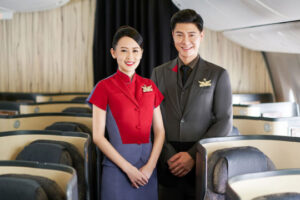 China Airlines flying from Taiwan has returned to Bali with the landing of Flight Number CAL 771 at Bali’s Ngurah Rai Airport on Friday, 02 September 2022, at 3:06 pm.

The flight was operated on an Airbus A333 aircraft configured to carry 307 passengers. Welcomed with a water canon salute, the inaugural flight carried only 163 passengers, comprised of 136 economy class and 26 business class travelers. The flight from Taipei to Bali took 5 hours and 30 minutes to complete. (Main Article: Immigration Indonesia)

From January to August 2022, 1,860,842 international passengers across 10,647 air movements traveled to and from Bali’s Airport. (Main Article: Immigration Indonesia)

Ambassador Vorobieva’s comments were made during a press in Jakarta on Wednesday, 07 September 2022.

Confirming that President Putin has received a formal invitation from Indonesia to attend the G20 Summit, Vorobieva said, “The Russian Embassy in Jakarta has begun preparing for the arrival of Putin in Bali. On the Indonesian side, President Jokowi has already sent an invitation to President Putin. That invitation was received with great gratitude.” (Main Article: Immigration Indonesia)

Vorobieva explained that Putin intends to participate in the G20 Summit directly. Adding that the Russian President’s attendance continues to depend on developments in several areas, including the military operation in Ukraine, the future situation with COVID-19, and the overall security situation.

She said Russia is preparing to send two musicians to attend and perform at the G20 on 12 September 2022. Russia is also ready to attend an October G20 Parliamentary Meeting in Jakarta. (Main Article: Immigration Indonesia)

Loads of Family Attractions in Bali

Bali is a family-friendly destination with many local attractions of possible interest for both solo and family groups on offer. 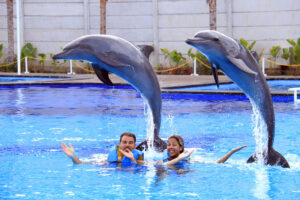 Bali Exotic Marine Park will contribute back to society through their intricate research, education and conservation programs. The Park with it’s 32 sqm salt water pool provides daily interaction and swim programs with dolphins.

The Bali Exotic Marine Park is open daily from 11:00 am until 5:00 pm to visitors and people keen to get in close contact with this lovely animals. 3 different dolphin interaction programs are on offer – a truly extraordinary experience for kids and families. Rates can be checked on their dedicated website. 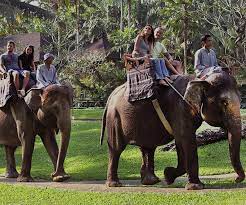 One of these attractions is Mason Elephant Park, located in the Village of Taro, North Ubud. After arriving at the Park, guests can enjoy a range of activities.

Those wishing to linger a while with a large herd of Sumatran elephants can book a stay at The Mason Elephant Park & Lodge; ride an elephant on a park safari tour; join the fun of giving a bath to one of these majestic animals; feed the animals; visit the elephant museum, or have lunch at its popular restaurant. (Main Article: Immigration Indonesia)

The Mason Elephant Park is open daily from 10:00 am until 5:00 pm to visitors or on a 24-hour basis for overnight guests at the Elephant Park & Lodge. 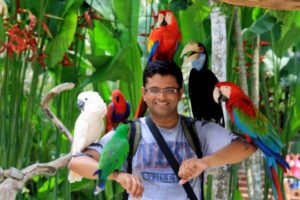 Thousands of birds native to Indonesia, Latin America, Africa, and Australia make their home at the large aviary complex.

All presented in an idyllic garden, guests can wander from habitat to habitat, have lunch in the popular bird park restaurant, shop in the bird-themed souvenir chop, and enjoy the frequent bird shows.

The Park has been in operation for 20 years. A recent addition to the Park is an incredible 4-D theatre that shares the fascinating story of the world’s birds. (Main Article: Immigration Indonesia)

The Bali Bird Park provides a brilliant “day out” while viewing 1,000 birds across 250 species. The Park is also home to a collection of rare Komodo dragons found in nature only on a small group of islands east of Bali.

Established in 2007, The Bali Safari and Marine Park has become one of the Island’s “must-see” stops.

The Tampalsiring Palace, or Istana Tampaksiring, located in Central Bali, is one of several “rest houses” for successive Presidents of the Republic and VIP guests of the Nation. The Palace is comprised of four separate buildings: Wisma Merdeka, Wisma Yudhistira, Wisma Negara, and Wisma Bima.

The first two buildings of the Tampaksiring Palace, Wisma Merdeka and Wisma Yudistira, were constructed in 1957, followed by the Wisma Negara and Wisma Wudistira in 1963. This growth was occurring to complement the other Presidential Palaces: Istana Bogor, Istana Merdeka in Jakarta, Istana Cipanas, and the Istana Gedung Agung Yogyakarta,

Of all the Presidential Palaces, Istana Tampaksiring, only the Bali Palace was built after the National Independence declaration. The entire palace occupies a 19-hectare site overseeing the Tirta Empul Temple. (Main Article: Immigration Indonesia) 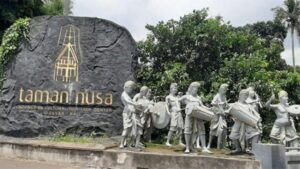 Located in Gianyar Regency is a remarkable cultural park celebrating the diverse provinces and ethnicities of the Republic located on Jalan Taman Bali-Banjarangkan.

Exhibits depicting the native architecture of people living from Sabang until Merauke fill a 10-hectare site. Taman Nusa also shows the historical development of Indonesia from prehistoric times to the modern day. 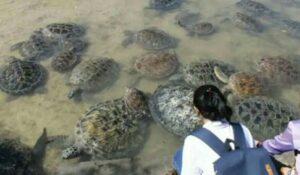 A 30-minute boat ride from Tanjung Benoa in south Bali, Pulau Penyu, can be accessed using a local sailing boat from the seashore. This Island has become the center of turtle breeding and conservation in Bali.

Pulau Penyu is open to visitors daily from 9:00 am until 5 pm. 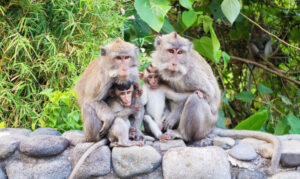 Located within the limits of the Village of Ubud is a large public park boasting growth of primary trees that is also a sanctuary for a large colony of wild monkeys. The Ubud Monkey Forest covers a 10-hectare plot of land inside the village of Ubud, serving as home to 115 species of tropical trees.

The mostly tame population of monkeys are notoriously naughty in securing food bribes from visitors who will pester to obtain bananas and peanuts from local vendors for their enjoyment. Sunglasses, handphones, hats, and other personal items will often be snatched by the primates, who will hold these items for ransom until successfully traded back for food. (Main Article: Immigration Indonesia)

The Park is open daily from 9:00 am until 6:00 pm, with an admission charge at the gate used to care for and feed the primate population.

Are you looking for a beautiful villa for sale close to Lovina / North Bali? 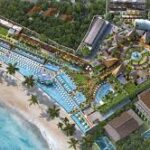 Indonesia COVID  – on the verge of becoming endemic

Owning a home is a keystone of wealth… both financial affluence and emotional security.